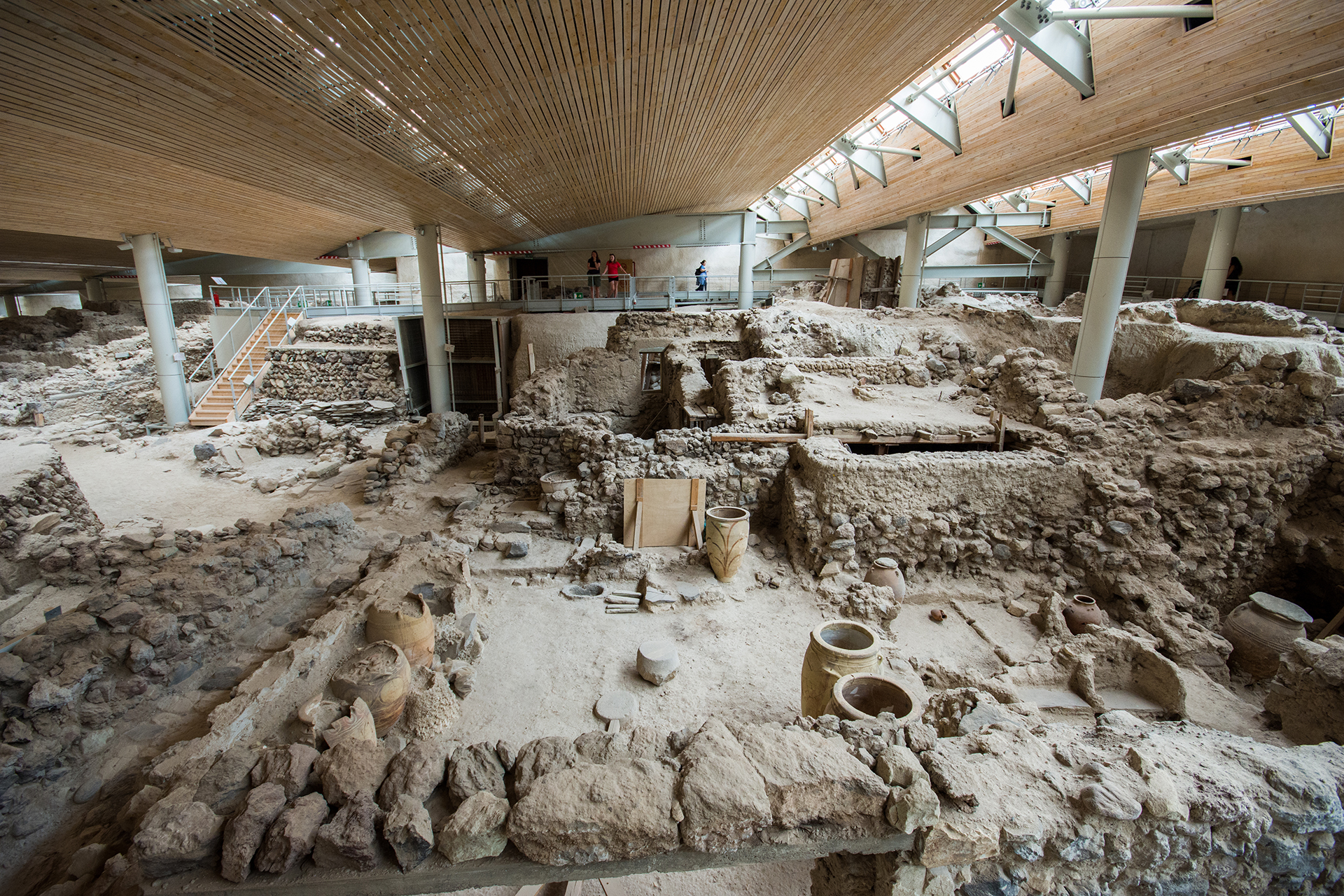 Prophet Elias Monastery – The Monastery is built on the highest point of the island, 565 meters above the sea level, offering a breathtaking panoramic view of the whole island!
Megalochori Village – Megalochori, is one of the most traditional villages on the Island located at the Southern part of the island.

Akrotiri Excavations – Steeped in history Santorini has plenty of archaeological sites to visit. Akrotiri is the most important prehistoric settlement of Aegean.
Ruins of whole Minoan city were found which had been destroyed around the year 1500 B.C by an eruption of the volcano.

Perivolos Beach – This beautiful beach of Santorini lies on the southern end of the island. The beach distinguishes for its sparkling azure blue waters and tranquil atmosphere.
Wine Tasting – Tasting of the award winning volcanic wines from the most distinctive wineries of the island.